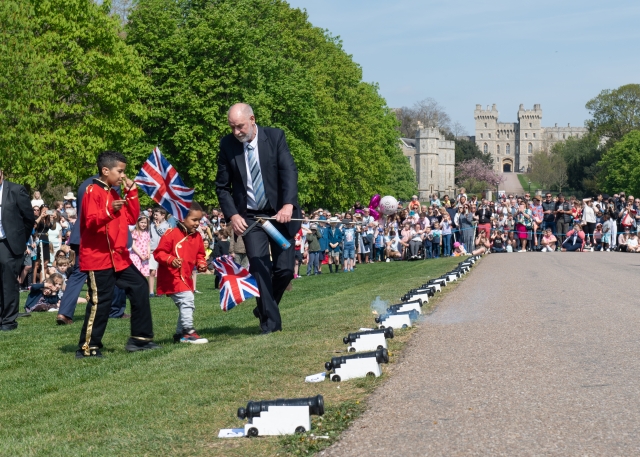 Children of the Royal Borough are invited to help wish His Majesty The King a happy birthday, by taking part in the traditional 21-gun salute outside Windsor Castle, on Monday 14 November at noon.

The council will be celebrating His Majesty’s 74th birthday with the annual firing of mini cannon on The Long Walk, near the Brook Street entrance, with the special tribute led by Councillor Christine Bateson, the mayor.

As usual, a number of lucky children attending the ceremony will be chosen at random to fire the guns, under the safe supervision of an ordnance expert.

Cllr Bateson said: “This annual gun salute on the reigning monarch’s birthday is a long-standing Windsor tradition, and this year will be extra special as it’s the first time we’re firing the cannon for the birthday His Majesty King Charles III.

“This is an exciting opportunity for our younger residents to play a part in the birthday celebrations, and always attracts a sizeable crowd of spectators within the historic setting of Windsor Castle’s grounds. If your children would like to be involved, simply turn up by 11.50am and they might be fortunate to be picked.”